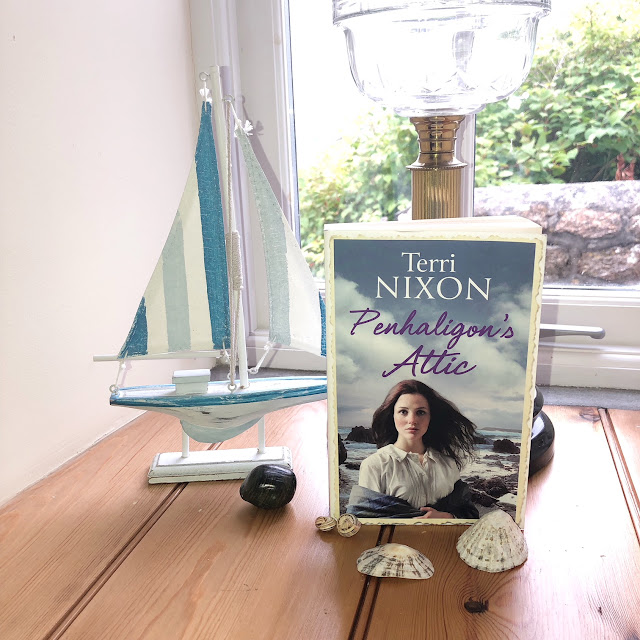 It has become almost a tradition: when I'm off to Cornwall for a week, I take a couple of paperbacks set in Cornwall with me. Of course, I read novels with the Cornish setting at home as well.
I picked up a couple of Terri Nixon's books as part of 3 for a fiver deal at The Works.

Penhaligon's Attic is the first book in the Penhaligon Saga series.
It's set in a Cornish coastal village in 1910, though the narrative begins in 1899, when an 8-year-old girl Freya is hurrying home to celebrate her birthday. Her Spanish mother Isabel is deeply dissatisfied with her life and is eager to escape to a life of comfort which she knew in her early days. Freya's father Matthew is a talented story-teller with a great love of sea, but he's weak when it comes to alcohol. It's this addiction that nearly cost him the life of his beloved child and his livelihood. His past will haunt him for many years to come.

The descriptions of Cornwall are beautifully written and feel authentic, both geographically and emotionally. You can almost feel the chilly sea breeze and taste the sea salt on your lips. The rugged grandeur of the Cornish coastline is as much  a character in the book, as its main protagonists. It gives the livelihoods to many of the village's inhabitants, and it's a great entity to reckon with. It can easily destroy you.

Anna Garvey and her daughter Mairead arrive to the village to take over the ancient pub which belonged to her family for centuries. It's dark, dirty and smelly, and looked after by an unreliable lazy working couple, the Trevellicks.
They reminded me very much of the Poldark's servants Jud and Prudie, colourful characters who are not that keen on work.
Anna is being all secretive and mysterious about her own past and the reasons behind her decision to come to Cornwall from Ireland. Most of the villagers distrust her motives.
Mairead is suffering from epilepsy, and is treated as a simpleton by many. In fact, she is intelligent and has a great talent for mathematics. Nowadays she would be called as having special needs (maybe even being on the spectrum for her struggle with social conventions?). Her rather abrupt manner and inability to hide her feelings make her appear rude. But she has a heart of gold.

Freya and Mairead become friends, while trying to keep the family business afloat - the eponymous Penhaligon's Attic - which is the second-hand bookshop. I'd love to browse in that old book shop with its untidy shelves, it sounds like my kind of haven.

The past is just round the corner, and threatens to destroy any stability and a hint of happiness.
The story is slow-moving, so if you prefer a fast-paced narrative, perhaps this is not a book for you.

Penhaligon's Attic is a powerful emotional read that will keep you guessing to the end. I can't wait to start reading the second book in the series. 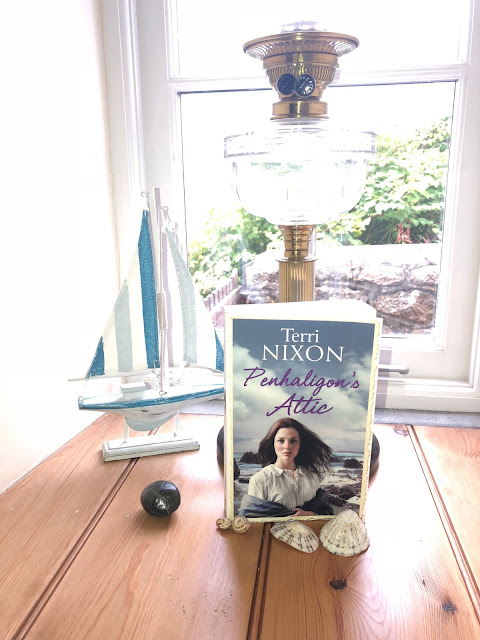