I've been dreaming of... an Angel Delight 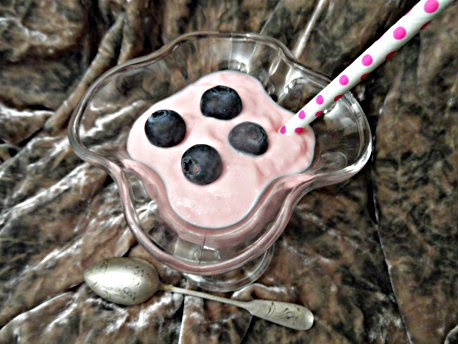 I grew up in the most Eastern city of Europe which has been closed to foreign visitors until the end of the Cold war. When the perestroika began, I have just graduated from school and started my first year in the University. It was the most inspirational time, when I was so hopeful. It was truly a brave new world, full of discoveries. I thought: "That's it, we bury the dark past and now all the doors are open. I can conquer the world!". I have been dreaming of travelling abroad, visiting all the places that inspired me so much in books and trying all the exotic-sounding foods.
All of a sudden the foreign tourists discovered that there was a world beyond Moscow and St Petersburg to explore. Many of them came to visit my Mum who is a well-known artist. I was glad to meet new people and practice my English.
My friend Trudy, who was one of the first visitors to Perm, likes to tell me that the children in my school looked at her, as if she arrived from the outer space.
I have forged very close friendships with several people who came to Perm on a University exchange programme. We first kept in touch via letters. Oh how much I loved those letters with a British stamp and newspaper cuttings inside, it was a glimpse into a totally different culture. Little did I know then that Oxfordshire would become my home.
Those Brits who came on an exchange programme, were staying with families. Being warned about food shortages, they have taken some of the foods in packets with them. Of course, they later experienced the full extent of the Russian hospitality, and they all later "complained" about being offered too much food.
That's when I first heard of a dessert called an Angel Delight. A friend whose family offered their home to an English visitor, told me that their guest has given them a packet of Angel Delight. According to my friend, it was heavenly. That was it, I promised myself that one day I would go to England and try this fabulous-sounding dessert myself.
And it's true, Angel Delight was one of the first British foods I have tried when I came to Canterbury as a student.
Fast forward 20+ years. As my guys love the milk shake and smoothies, I do buy Angel Delight to sprinkle in the milk shake. For a perfect milk shake, whizz a chopped banana, a handful of blueberries, a small tub of yogurt or fromage frais, a heaped tablespoon of Angel Delight and semi-skimmed milk. It is very moreish.

I usually buy a strawberry-flavoured Angel Delight.
This heritage brand pudding has been enjoyed by the British families since 1967. And now the range of Angel Delight has being expanded to include a new flavour -Bubblegum.
To be honest, I was a bit unsure about it before we tried it. I was worried it will be too sweet.
I was pleasantly surprised. It is the same light fluffy pudding, which tastes of bubblegum. I still prefer the original flavours, but if you love bubblegum, this is a very pleasant enjoyable dessert. 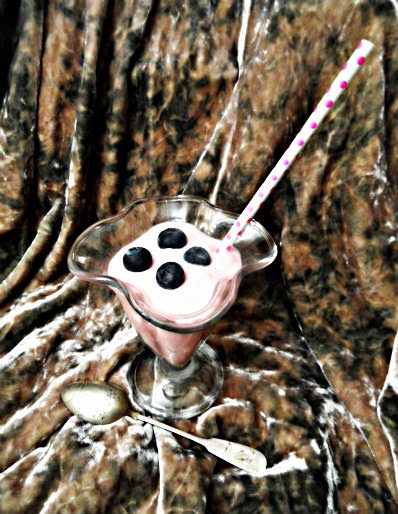 And this is my mini-crocodile, ready to tuck in. 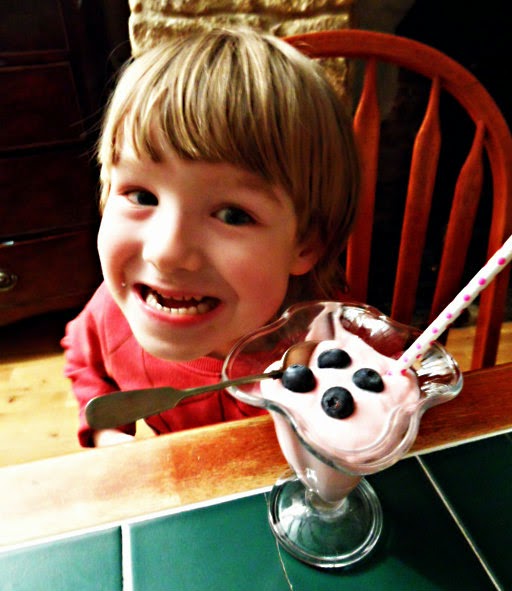 As I received two sachets of a new flavour from BritMums, I used one packet to do a straight-forward milky pudding. 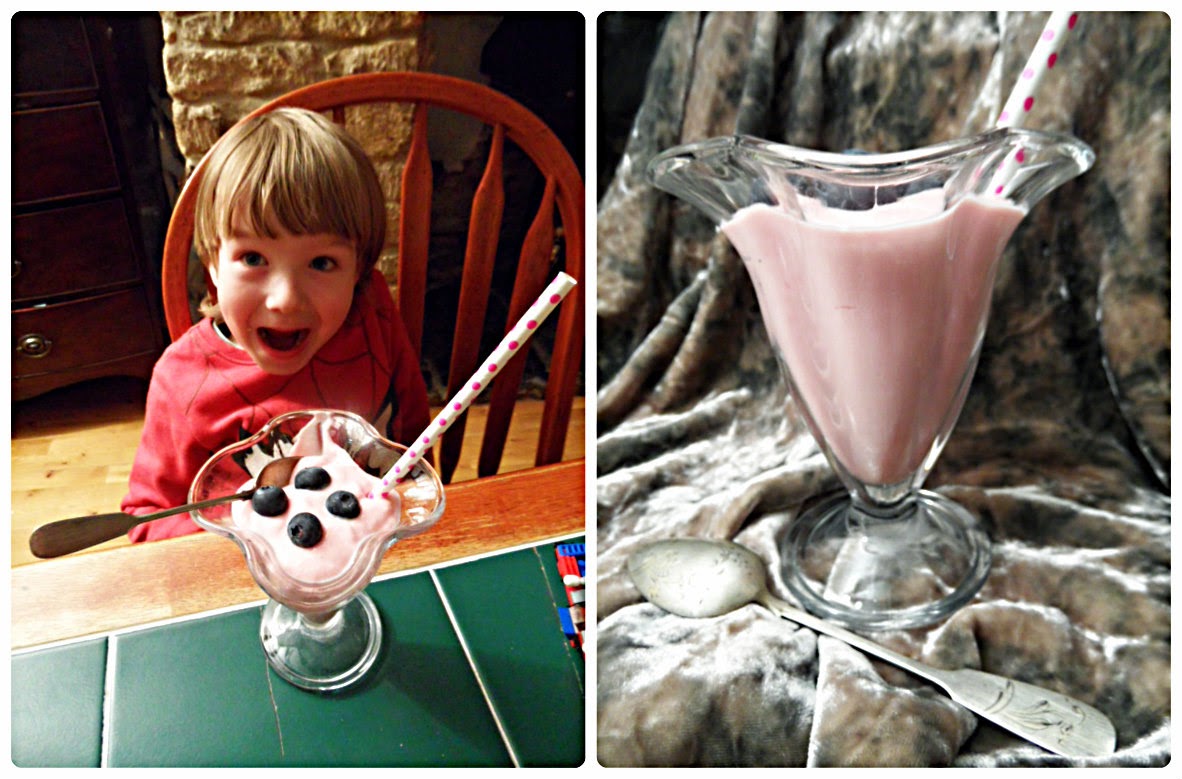 I used a second packet to make a batch of cupcakes.

for frosting:
coconut oil and Angel Delight
In a mixing bowl beat together the eggs with the caster sugar. Add 1 tbsp Angel Delight, vanilla essence, milk, flour, baking powder, butter and mix well.
Line the muffin/cupcake tray with paper muffin/cupcake cases. Spoon the cake mixture into the paper cases, about 2/3 full.
Place the tray in the oven preheated to 180C. Bake for 20 minutes. The cupcakes should be risen and quite firm to the touch. Take the tray out and remove the cupcakes on the rack. They should be completely cooled before icing.
Mix the coconut oil with Angel Delight until you have a smooth frosting. Decorate the cupcakes with the frosting and sugar hearts. 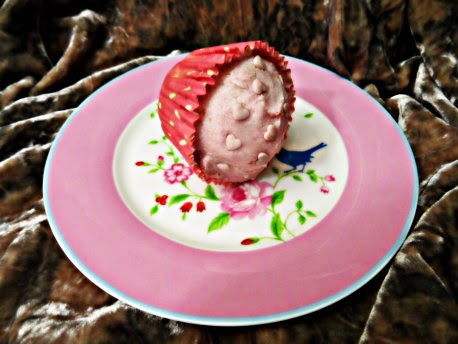 This post is an entry for #AngelDelightMoments Linky Challenge.