A Knot of Sparrows by Cheryl Rees-Price #BlogTour

"...he watched a knot of sparrows darting in and out of the hedgerow. They kept together as they foraged for food. They reminded him of the people he had encountered during this investigation. Alone they exuded sadness, yet they were bound together by grief. Could they have drawn strength from each other, found a common purpose and a way to alleviate their pain?"

A Knot of Sparrows by Cheryl Rees-Price is the fourth standalone tottle in the DI Winter Meadows series. This police procedural crime thriller is a gripping page-turner.

We watch a sinister voyeur who follows his victim on the way home late in the evening. He wants to see fear in her eyes, the humiliation. In his eyes, she deserves it. He can't stop thinking about how many people she has hurt, and the anger is bubbling in his chest.

Stacey Evans was an obnoxious teenager, who enjoyed humiliating the others. One of the victims of her bullying has committed suicide.

When Stacey is found dead in the field, violently murdered, there is a pretty long list of people who would want her dead. But did she deserve to die?

DI Meadows takes on the murder case. One of the possible clues left by the perpetrator is a short message left on Stacey's body - REV17. "The writing looked too neat to have been done when Stacey had been alive and probably struggling, Meadows thought. It now appeared ominous under the harsh lights. Black against pale skin. A coldness crept over him, the killer was making a statement".

Stacey has had a busy love life. Is it possible that this murder is committed out of jealousy? Is it one of her exes or the wronged wife who's found out about her husband?

As every suspect is ruled out from the enquiry, Meadows is forced to reassess the situation. New markings with religious references are appearing, and when another body, of a missing local GP, is found, it's clear the villagers know more than they want to share with the police. The disturbing trace of evil is going about.

"The village suddenly felt claustrophobic in the darkness, as if the inhabitants were in on a secret and conspiring against him".

What are the locals at Gaer Fawr hiding? Will Meadows and his team be able to uncover the truth before another victim is claimed? "We need to move fast. The killer or killers are out for vengeance and could already be planning their next move".

Meadows is a likeable detective, with a great empathy for the victims. "Every single case Meadows worked on had left a mark in some way. He couldn't help the compassion he felt for those who found themselves the victim of a crime. Sometimes that compassion stretched to those who had been driven, fuelled by grief and anger, to commit crime".

"He found it difficult to turn off his emotions; he sometimes wished he'd become desentisied to seeing violent death, but it was emotion and cruelty of life that drove him to find the guilty and to somehow redress the balance".

I was a bit suprised that the investigation team didn't immediately click on the religious origins of the references left on the victims. I thought that would be pretty obvious. Checking the Bible would have been my first idea, but then I've probably read and watched too many thrillers and crime books.

A Knot of Sparrows is a tightly-plotted, twisty psychological thriller, which makes you think. How far would you go to punish a bully? By humiliating your enemy do you not diminish yourself? Does revenge bring you any consolation? 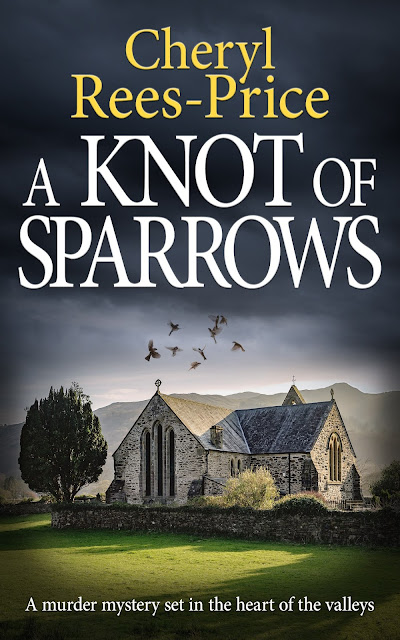 A KNOT OF SPARROWS is the fourth standalone title in a series of murder mysteries by best-selling author Cheryl Rees-Price. It will appeal to fans of David Pearson, L J Ross, John Dean, Joy Ellis, and Pippa McCathie.

4. A KNOT OF SPARROWS

Cheryl Rees-Price is also the author of the standalone thriller BLUE HOLLOW.

All of these books are FREE with Kindle Unlimited and available in paperback from Amazon.

Cheryl Rees-Price was born in Cardiff and moved as a young child to a small ex-mining village on the edge of the Black Mountain range, South Wales, where she still lives with her husband, daughters and cats. After leaving school she worked as a legal clerk for several years before leaving to raise her two daughters.Cheryl returned to education, studying philosophy, sociology, and accountancy whilst working as a part time book keeper. She now works as a finance director for a company that delivers project management and accounting services.In her spare time Cheryl indulges in her passion for writing, the success of writing plays for local performances gave her the confidence to write her first novel. Her other hobbies include walking and gardening which free her mind to develop plots and create colourful characters. 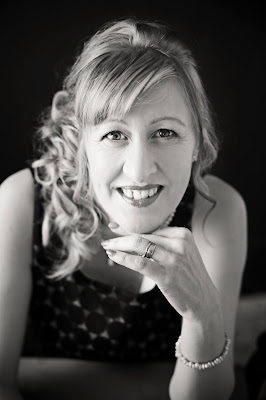 This book review is part of the blog tour. Many thanks to Cheryl Rees-Price, The Book Folks and Rachel's Random Resources for my copy of the book! 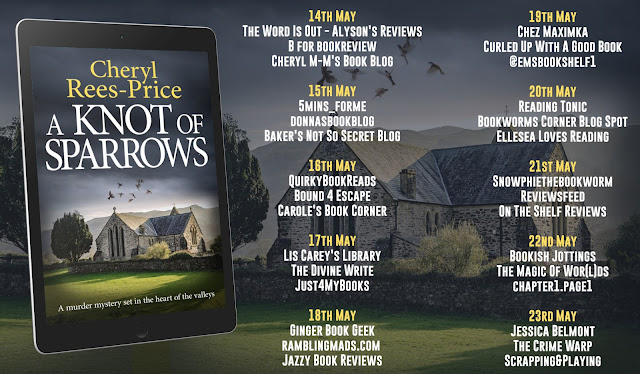